Our Lady of Angels Fire Anniversary 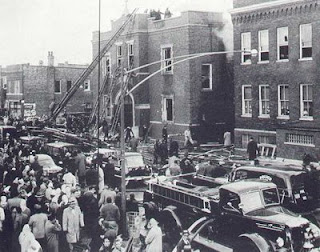 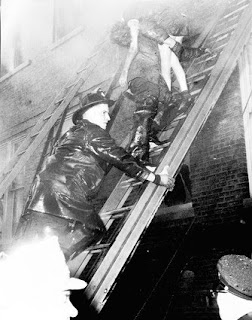 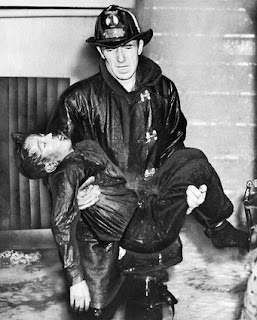 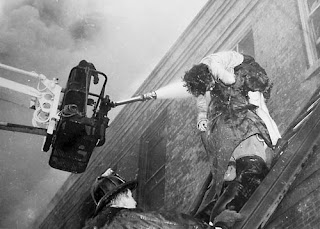 On this date in 1958, Our Lady of the Angels School started like any other day. Kids got up and got their school uniforms on and made their way to classes, just like every day.  This day would end tragically and would be one of the main reasons for our modern day fire codes.

Before the day was ended, 92 students and 3 nuns would be dead and a city would be stunned by the events at the school.  Parents and a city sent their children to school believing they were safe only to have children who perished or were serverly injured.  This fire could have been avoided with more stringent fire and building codes even though it was in compliance with current codes.

The fire, which the cause has  never been officially determined, is beleived to have been started in the area of the basement near the foot of the stairwell.  It is believed that it started in a cardboard trash barrel.  Smoke, heat and flames quickly spread up the unprotected stairwell and began to fill the corridors.  Everything in the path of the fire was combustible and was growing at a rapid rate.  The first floor door was closed and held back a good deal of the heat and smoke, but the second floor was soon consumed with fire and smoke.

The fire raced into the second floor cockloft and heat and smoke began to enter the classrooms and the main means of egress, the hallway, was impassable.  The only way out was to jump, which some students were too short to get over the sill and were trapped inside.  Others were told to sit in their desks and pray.
This school fire should never be forgotten and it is a reminder why we need to be diligent when doing inspections and enforcing the codes, especially in plan reviews. Schools house our most valuable and loved miracles; our children and we owe it to them to make sure these buildings are as safe as possible.

Schools are required to have certain fire protection systems in place and to be built to certain standards based on fires like this.  It is imperative that we implement and enforce codes to save lives.  Inspections must be methodical and meaningful.  It is important, it is not just walking through and looking at exit lights and fire extinguishers.  Know what your looking for and write it down. Just think of all the firefighters that tried, but could not reach the victims and had to pull out the dead bodies of 92 children instead.  We don’t want to be those firefighters.

As always, stay safe and be diligent with code enforcement and inspections.

Below is a moving video tribute to the students and staff of the Our Lady of Angels fire, Chicago, IL 1958.