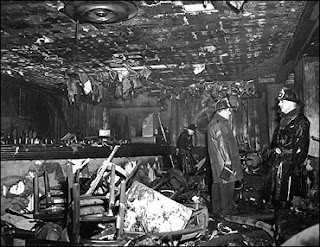 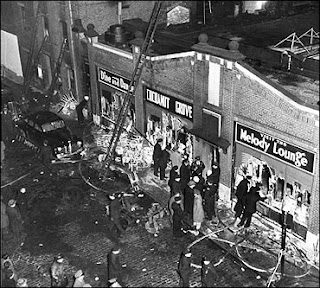 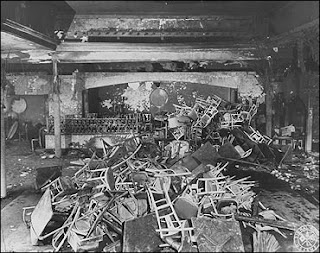 On Novemeber 28, 1942, the Cocoanut Grove nightclub was full of friends and family celebrating the holiday season and a college football upset.  That night would prove to be one of the worst public assembly tragedies that America has ever seen.

The fire killed 492 people and injured hundreds more.  The fire was believed to have started in the lower level of the club and spread quickly because of the flammable finishes on the wall and ceiling.  The fire spread so fast, burned so hot that many never made it out of the stairwell.

In addition, insepections were not routine here and exits were blocked and inadequate for the over crowded nightclub.  This fire is another example of how a disaster helped to develop the codes we have today.  We have a responsibiliy to ensure that we enforce our codes to eliminate the chances of this happening again.  We owe to those who died and the firefighters who worked this job.

On side note, a great book about the Cocoanut Grove fire and the Boston Fire Dept called “Rescue Men” by Charles Kenny is a really good read and provides some really good insight on the fire and the people it affected.  As always, stay safe. 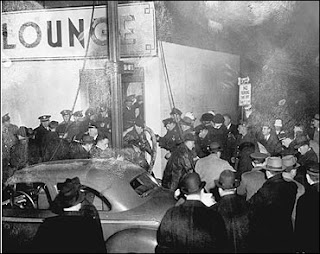 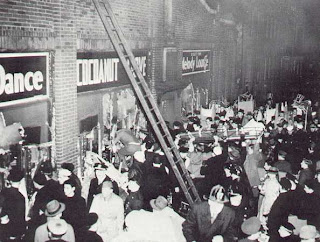